Can We Rise Above Our Words?

Lately, I’ve become especially in tune with the way people describe their relationship with cancer – and trust me, it is a relationship – or the words they use when expressing compassion toward me. It’s very common to hear statements like “You’re battling this disease” or “you’re gonna win the war” or other combat-like metaphors. I, myself even use the term ‘cancer-warrior’ just because I like the sound, and besides, who doesn’t want to be a warrior, right? But in my recent reanalyzing of this relationship with dis-ease, I am reviewing my own language. I’m a writer, words are my play things, I can do this.

I’ve come to realize that being a warrior requires a battle, it is a combative term after all. And therein lies my problem.

I’ve been living with cancer for two decades now. I have had three major surgeries and two minor. I’m down a couple organs and twice have had my throat cut from jugular to jugular – only nicked once – and have lived to tell. Alas, here I am again exhibiting irregular tests, shadowy images on scans and abnormal even ‘aggressive’ tumor indicators. Mine is a rare cancer so there isn’t much study available. As a matter of fact last week I was told that my closely-monitored 20 year old file is a great resource in the search for answers about Medullary Carcinoma – cool, glad I can help. Anyway, I’m tired of partaking in such an adversarial relationship. Besides, maybe all that fighting has added to the struggle. Besides, words are powerful things, and as my gramma used to say, ‘you can never rise above your words.’ So if I can’t rise above them, then I need to raise them to level at which I would like to live.

Cancer, at least my cancer is something I have to co-exist with. Oh sure, it may be like living with a troublemaking roommate I can’t get rid of, but live with I must. It’s in my throat, so I live with a mostly metaphorical knife at my throat, but sometimes that metaphor turns literal and surgical cutting ensues.

For a long time I also used antagonistic, rebellious ‘I’m goin’ to war’ metaphors. But now I’m attempting to alter 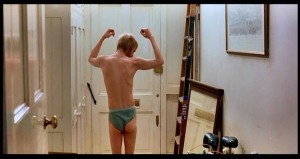 my orientation from combatting my dis-ease to embracing and partnering with it. After all, we do share the same space, so it follows that we have to learn to connect and peacefully co-exist. HA! As I write this I keep imagining the roommate, Spike (played by Rhys Ifans) in the movie, Notting Hill. It made me smile time and time again when I was recuperating from one of my surgeries a few years ago. It hurt to laugh then, but Spike, cracked me up!

Anyway, I’ve come to realize that I can’t truly heal myself of something I’m not connected to. Have I spent all these years putting my energy into fighting instead of healing, 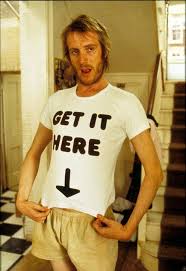 Well, I’ve decided to focus my energy and thoughts on healing instead of fighting and that requires a new set of skills and language. Kinda like Hugh Grant’s character, William Thacker in Notting Hill, had to do with Spike. He really had to make peace with his undesirable roommate because they shared the same space. Ultimately they became great friends.

Making peace, not war may be the best motto in life in general and may serve the overall quality of life whether you’re a patient or not.  Aiming our energy towards the healing process helps us connect with our journey through any kind of dis-ease (illness, mourning, divorce, horrible roommates, etc.). It’s far more empowering than directing energy towards the anger linked with the cancer, which keeps you interlocked in a victim role and feeling you need to fight. Maybe changing the words, the language of war to a 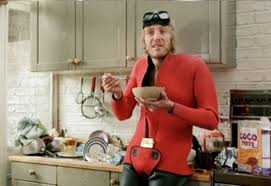 language of compassion and self-love is the path that will illuminate this often exhausting and emotional journey. Either way, since I play with words, that’s what I’ll be doing.

Oh, and if you aren’t familiar with these images of Spike, then you have to watch Notting Hill. He’s brilliant! Still laughing.

2 thoughts on “Can We Rise Above Our Words?”

I love this post about your strength! my battle is a bit different, but the names don’t matter do they? making peace with the body we have is important, and I know first hand that traditional surgery, more surgery, and chemicals don’t keep it from coming back. Be strong, think on enjoyable things and talk affirmation smack to yourself when you have to, lol. Sometimes we have to love ourselves out loud, like we’re talking to someone else…hope to hear good things as you get stronger.

HA! Love ths comment, thank you! Talk ‘smack’ to myself..love it! And you’re SO right, the names don’t matter, it’s all the same struggle. Do you mind if I post your comment on my Instagram page??? Let me know. Tag me if you are on instagram as well. Cheers, Mindy

This site uses Akismet to reduce spam. Learn how your comment data is processed.